This is our 9 Days Mount Kilimanjaro Climb Northern Circuit Route. The Northern Circuit Route is one of the nice routes to follow during your Mount Kilimanjaro Trek. It offers an almost 360⁰ view of the beautiful surrounding scenery, has a lesser crowd and it’s generally a quite route. Because it is the longest route to the summit, the northern circuit offers the largest amount of time for acclimatization a thing that best explains why it has a very high success rate of summiting the Kilimanjaro. Kilimanjaro Trails together with most expert highly recommend this route

This route approaches the mountain summit from the west and starts with a drive from Moshi to the Londorossi Gate. The next two days are spent exploring the rainforest, before crossing the Shira Plateau. From there the trails heads north circling the Moir Hut, to Buffalo Camp, to school hut in a circular way before finally reaching the summit from the east. The descent is made along Mweka route.

The Northern Circuit Route can be completed in nine days however, a ten days itinerary can be organized with an additional night at Crater Camp. This can be done as a group climb or a private climb.

This is the first day of the 9 days mountain climb along the Lemosho Route. You will be transferred by car from Moshi to the Londorossi gate – a drive which will take approximately four days. Once at the trailhead, you will be briefed about the guidelines to follow while on the mountain, and also complete all the required formalities before beginning the trek. From here you will hike through the verdant rain-forest and head to the Mti Mkubwa camp site where you will have your evening meal and spend the night.

We continue on the trail leading out of the rainforest and into a savannah of tall grasses, heather and volcanic rock draped with lichen beards. As we ascend through the lush rolling hills and cross several streams, we reach the Shira Ridge before dropping gently down to Shira 1 Camp. Here we catch our first glimpse of Kibo across the plateau.

Today you will depart from Shira 1 Camp and spend the day exploring the Shira Plateau. It is a gentle walk east on moorland meadows towards Shira 2 Camp. The heath zone displays abundant wildflowers and unique Senecio trees.

You will ascend east on a ridge and proceed south eastwards to the Lava Tower also known as ‘Shark’s Tooth’ a very impressive rock formation. You will later descend to Moir Valley to Moir Hut (a not commonly used campsite at the bottom of the Lent hills). There are a number of walks you can take up the lent Hills to enable you acclimatize. The Shira Plateau is one of the highest plateaus in the world.

Today you will depart from the Moir Valley along a fairly steep climb which will take you to the peak of the lent hills from where you will join the main trail. You will then traverse the gently undulating rock field before finally arriving at the Buffalo Camp where you will spend the night. This section of the route offers breathtaking views across the northern plains of the mountain as well as views into the neighboring country – Kenya.

Climb from from Buffalo Camp to Third Cave

From the Buffalo Camp you will ascend to the Buffalo Ridge and you will observe that the vegetation starts to thin out. Since this route is less traveled, you will enjoy a wilderness isolated experience on the mountain. You will hike through the isolated valleys found on the northern part of the mountain until you finally reach the Third Cave where you will spend the night.

From Third Cave you will steadily ascend over the “Saddle,” that is located between the peaks of Kibo and Mawenzi. Later proceed to School Hut which will be our final destination for today. You will have dinner and spend time to rest as you prepare for the next day to summit the mountain.

You will begin this day’s hike to the summit very early between midnight and 2:00am. You will hike and head North West and ascend across the thick gravel to Stella Point at an elevation of 18,600 feet found on the rim of the crater. This section of the trail is the most challenging both physically and mentally.

After spending some time at the summit resting and taking some photographs, you will begin the descent to the Mweka camp which will be the final destination for the day, making a stopover for lunch at the Barafu camp. During the challenging descent, you will use your trekking poles and gaiters to traverse the loose gravel. The Mweka camp is located on the upper side of the forest, so expect some rainfall or mist in the late afternoon. You will have your evening meal before having your night’s rest.

This is the final day of this 8 Days’ hike on Mt. Kilimanjaro. After your breakfast at Mweka Camp, you will descend to the Mweka- Park Gate where you will be awarded your summit certificates for either the Uhuru peak or Kibo peak. The descent is along a very muddy as slippery trail so you will use your trekking poles and gaiters. You will continue to Mweka village. Your driver will be waiting for you at Mweka village, and he will transfer you back to your hotel in Moshi town. 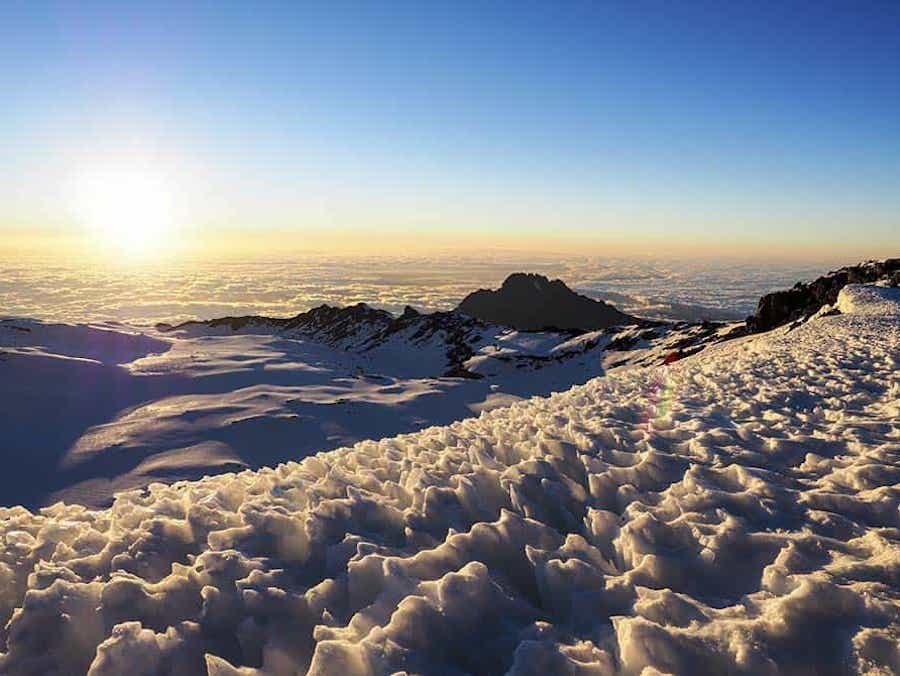 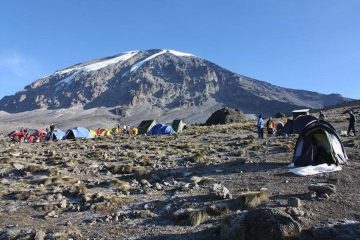 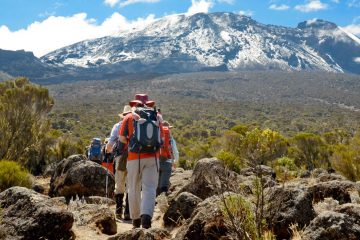 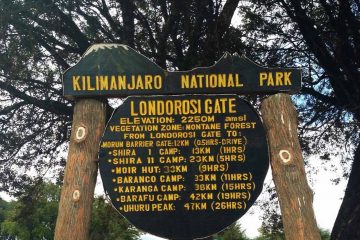